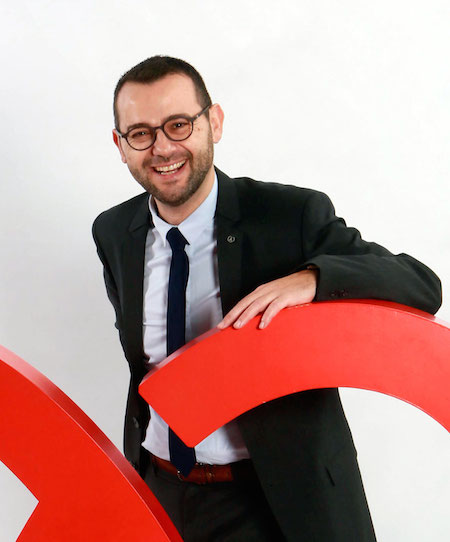 The economic impact of business tourism has been little studied outside Paris. But in Alsace, we now have an estimate of how much business tourism earns. Benoît Gagneux gave us some more information on the subject!

Hello. In a few words, could you tell us about your job and what you do?

Hello! I am in charge of the Regional Monitoring Centre for Tourism in Alsace, which is part of the Agence d’Attractivité d’Alsace (Alsace Attractiveness Agency), and presided by Marie-Reine Fischer.

As part of a destination development contract (contrat de destination), we were asked to measure the economic impact of the business tourism sector. Between April 2014 and March 2015 my job was to carry out this study. It was conducted in partnership with Atout France, who contributed their tried and tested methods. Business tourism is, in fact, a little-explored area in terms of regional studies.

What methods did you use to assess the economic impact of business tourism?

We wanted to study the different “segments” that make up business tourism and we were able to do so for the following areas:

Could you give us an overview of the results of the study?

As announced at France Meeting Hub, business tourism in Alsace accounted for 149 million euros in terms of economic impact and 2 300 jobs in full-time equivalent between April 2014 and March 2015. These figures are mainly the result of trade shows and of national or international exhibitions for the general public with 121 million euros. This is explained by the spending generated by this type of event by exhibitors.

We observed that the clientele for business tourism spends much more money, so the economic impact is significant: a conference delegate spends four times as much as a foreign tourist, per day and per person, and a French conference delegate spends 3.5 times more than a French tourist. In fact, this explains why Alsace is facing national and international competition in attracting business tourists.

Another significant result: with 40% of conference delegates arriving in Alsace by train, we can see the positive repercussions of the Eastern TGV European train since its launch in 2007 (and in 2016 the travel time between Strasbourg and Paris will be reduced to under two hours). It represents an extra guarantee of success for organising events with a national or international scope in Alsace.

And what is the future outlook?

This study throws economic light on a fractured sector. We now have an overview of the situation “at time zero” concerning the economic impact of business tourism in Alsace. This will help us set quantified objectives in the future.

The completed study will be published by the end of 2015. I will present the results to local authorities, and a report summary will be produced.

Does Alsace have the same reputation in terms of recreational tourism as for business tourism?

A region is attractive in terms of business tourism if it is already attractive from the tourism point of view. So, yes, the reputation of Alsace (Christmas markets, wines, traditional villages) helps both recreational tourism and business tourism.

Thank you, Benoît Gangneux, for sharing this information with us.

See more information about the study on the economic impact of business tourism in Alsace.